Are you looking for equipment for cross-country skating?

At Simon Fourcade Nordic By Glisshop we offer a wide range of the biggest brands of equipment so that you can find the pack that suits you best. Skating has its particularities, skis, boots and bindings are specific and very different from the equipment for the classic technique. For example, skis are generally shorter and more nervous, boots are equipped with ankle support collars because the skating step is lateral and requires a good support in order to keep a maximum of stability. The bindings, on the other hand, have harder flexors to prevent the boot from coming off the ski too much when pushing sideways. All these small details contribute to the technical efficiency when skating. And above all, if you have any questions, don't forget that our advisors are there to answer them so don't hesitate to ask them! Read more Show less
82 items

The Rossignol X-IUM Skating IFP cross-country ski is perfectly suited to skiers who wish to take a technical step. Equipped with a very top-of-the-range sole to take it to the next level!

The Rossignol X-IUM Skating IFP cross-country ski is perfectly suited to skiers who wish to take a technical step. Equipped with a very top-of-the-range sole to take it to the next level!

The Rossignol X-6 Skate cross-country ski boot is based on tolerance and Comfort. This boot is particularly recommended for beginners and recreational skiers in skating.

The Rossignol X-IUM WC Skate cross-country ski boot is one of the great references in its category. It is an excellent blend of tolerance, support and precision in skating.

The Rottefella Rollerski Skate binding has an exclusive design for rollerskiing, with a wide and robust plate that offers stability and rigidity. 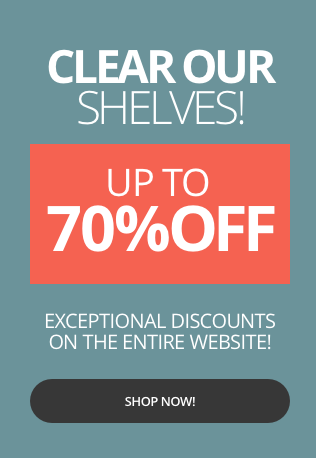 The Rossignol X-IUM Skating Premium S2 Soft IFP cross-country ski is one of the latest wonders from Rossignol. This racing ski is particularly adapted to lighter sizes or soft snow.

The Alpina Pro Skate cross-country ski boot symbolises the know-how of the small Slovenian brand. A model that is aimed at the skiers who are most concerned about their technique and the feel of the snow.

The Skating Madshus Race Pro Skate cross-country ski boot is made of compromises. This race model provides support and Comfort. Perfect for athletic skiers looking to cover lots of kilometres!

The Rossignol X-10 Skate FW cross-country ski boot is designed for regular and athletic skiers looking for a model that provides maximum comfort and support when skating.

The Rossignol X-IUM Skating Premium S2 Soft IFP cross-country ski is one of the latest wonders from Rossignol. This racing ski is particularly adapted to lighter sizes or soft snow.

The Atomic Pro S1 cross-country ski has been the ultimate reference for beginners in skating for several years now. It provides maximum tolerance and stability to help familiarise with the technique. 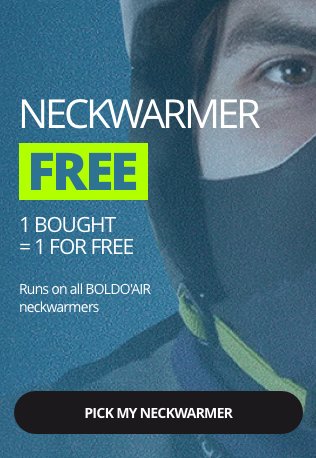 The Atomic Pro S1 cross-country ski has been the ultimate reference for beginners in skating for several years now. It provides maximum tolerance and stability to help familiarise with the technique.

The Atomic Pro S2 cross-country ski boot is ideal for beginners or for progressing in skating. A technical but also comfortable model.

Skating skis have a very different construction from classic skis, they are shorter, they also have stronger cambers and greater rigidity. This type of design has a direct influence on the efficiency of skating skis, because to practice good skating, it is imperative that the skis have a good ability to anchor themselves in the snow when taking support before the lateral thrust. On the other hand they must have a dynamism that allows you to make the most of the energy expended at each push. A skating ski is chosen according to the weight of the skier and his level in some cases. Contrary to legends that have been going on for years, skating skis do not necessarily have to be 15cm longer than the skier's height, they must above all be adapted to the skier's weight. Why is that? The reason is very simple, first of all a ski well adapted to the weight of the person offers more efficient dynamic thrust properties adapted to the skier's size. Secondly, in terms of gliding, it is important to understand that it is directly related to the contact of the sole with the snow and that it is the effect of friction between the two that creates the film of water allowing the skier to glide. So if the ski is a little too hard, we lose ski-snow contact and reduce the friction effect and therefore the glide. If the ski is too soft, the support under the center of gravity is too important, and we tend to have a suction cup effect in addition to losing momentum at the end of thrust. It may seem complicated but it is actually very simple, and we have a very wide range of the biggest brands with skis adapted to each level and each skier profile. Cross-country skiing skating is a fun but demanding practice and you have to put a maximum of chances on your side in order to be able to evolve technically or simply find the equipment that allows you to have fun whatever the level. And don't forget that we are always at your disposal if you need any information.

As far as boots are concerned, all models intended for skating have a support collar around the ankle. This collar allows you to keep your balance on the lateral support grips that you use when skating. The collars of skating boots can be made of several materials depending on the performance level of the boot. Thus the most performing models are equipped with 100% carbon or compressed carbon collars, the collars of the less top-of-the-range models are generally made of plastic. Technically, there are also the soles of the boots which are worked in skating to provide optimal rigidity over the length so that the boot bends as little as possible during lateral thrust. As with the collars, the best performing boots have 100% carbon frames and soles, some models have a plastic outsole and a carbon midsole and finally the more leisurely models have the most rigid plastic soles possible. It is strongly not recommended to use skating boots for classic cross-country skiing because the soles are precisely made to avoid the flexibility of the foot roll necessary in classic skiing, it can be uncomfortable and even painful at the feet and degrade the boot. Last point, the standards, today we have 3 standards that we can qualify as universal (NNN, Prolink and Turnamic). These three standards are all compatible with each other and apply to Fischer, Alpina, Madshus, Rossignol, Salomon Prolink and Atomic Prolink footwear brands. The other standard present in skating is the SNS Pilot, a standard that does not adapt to anything other than Pilot bindings, and which is now losing speed compared to the compatibility of the other standards with each other. When choosing equipment, check the characteristics of the products you choose to make sure that everything is compatible. And if you have any doubts, contact our advisers who will be happy to guide you.

Skating cross-country ski bindings are very similar to classic bindings at first glance, the big difference between the two is very often the flex or flexor pad found on the front of the boot. In skating it has to be harder in order to keep the boot close to the ski and thus limit the return time of the ski under the center of gravity. As for the boots, the rule of standards is very important. Rossignol, Fischer, Rottefella, Salomon Prolink and Atomic Prolink bindings are compatible with NNN, Prolink and Turnamic binding systems. The SNS Pilot system is only compatible with shoes of the same system that have two front tether bars. It is very important to choose compatible bindings, otherwise you will not be able to put your skis on. It's not that complicated, and if you need it, we are here to explain the differences and compatibilities.