If you're looking for a pair of skis, a snowboard or some poles, you're in the right place. Glisshop has selected for you the best gear from Rossignol. Shopping on Glisshop is the insurance to find what you're after. And if you need a piece of advice to make the right choices, contact our staff by mail, telephone or chat, they'll be super happy to help!
Read more Show less 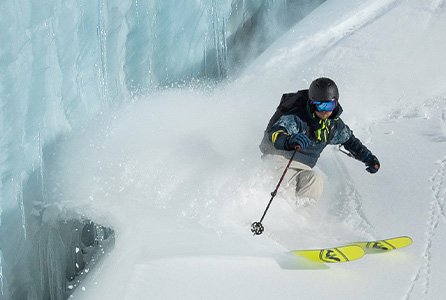 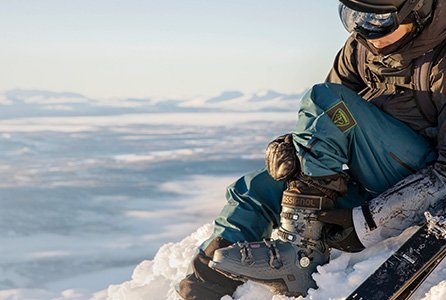 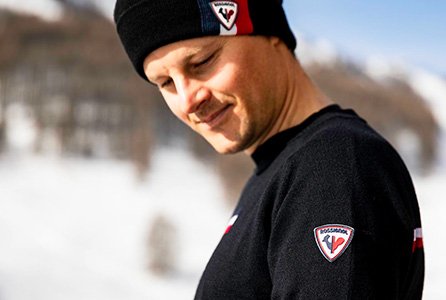 The first ski was made in 1907, in France, by the hands of Abel Rossignol. At the time, nobody could tell this first pair of handmade wooden skis was going to propel the brand to the top for the next century. Since its creation, Rossignol has been associated with the biggest names in the ski industry, such as Emile Allais, three times world champion in 1937, who then worked jointly with the brand to design notorious ski models like the Allais 60, the first metallic ski ever.

Bought in 1956 by Laurent Boix-Vives, Rossignol turns into a global company. In 1960, Jean Vuarnet is wearing Rossignol’s colours when he wins the gold at Squaw Valley Olympics, closely followed by his partner, Guy Périllat, who finishes 3rd at only 20 years old and who wins the world title of the FIS combined the same year. How? They used a revolutionary metallic ski. It was time for the Allais 60 to become a legend.

Constantly leading innovation, Rossignol brought another new technology a few years later with the first ski made out of fibreglass: the Strato 1. It featured a woodcore laminate stuck with epoxy resin and had a pretty innovating shape with sidecuts enhancing turns. It was undoubtedly the ski that sold the most in Rossignol’s history.
Then came 1967 when Rossignol bought Dynastar. First specialised in making alpine skis, the brand diversifies and launches in 1987 the first snowboard series. The following year, Rossignol athletes repeat the operation and win 6 olympic titles in alpine skiing at Calgary Olympics. But making high-end skis and snowboards is not enough for Rossignol who takes things a step further by acquiring Lange in 1989 to add to the offering branded ski boots, and in 1994, they also buy Look, the expert manufacturer of ski bindings. In 2005, Rossignol becomes the property of Quicksilver, then of Chartreuse et Mont Blanc in 2008. Since then, the Rossignol empire is owned by the norwegian group Alto Equity Partners. The Head Office is based in Saint-Jean-de-Moirans (France), and the brand sells skis and other products all across Europe, Russia and north America with more than 900,000 pairs of skis,  50,000 snowboards sold every year and also Rossignol ski poles.

The brand’s motto is Another Best Day. Through this sentence, they want to offer to all skiers, from beginners to experts, great products featuring modern technologies and high quality materials. Currently, Rossignol provides the best skiing equipment to young and talented athletes like Carlo Janka, Marion Haerty, Ben Valentin, Martin Fourcade or Dorothea Wierer. From the Hero FIS race skis to the big mountain Squad 7, through the legendary XV splitboard (Xavier de le Rue signature model) or the Ultra Lite Carbon nordic skis, Rossignol is covering every aspect of the sport. Still leading innovation and in the constant seek of new technologies, Rossignol began to work with PIQ on a multisport connected sensor. With this high-tech sensor, you can measure your performance with precision. Altitude traveled, speed, acceleration, air time. You can recover all this data with the specific app Rossignol Ski Pursuit available on the App Store (iOS) or on the Play Store (Android).