Whether you’re just learning how to turn or you ride already like a pro, slashing the deep and slaying the park, with Glisshop you’re bound to find the snowboard equipment of your dreams. To be sure you make the right choice and enjoy yourself from the get-go, our team our experts are available for you by phone, e-mail, and chat to accompany you through your selection. You have the dreams, we have the gear!
Show less

Snowboard bags
Snowboarding tips
view our guides
read now Go!
Create your
board set
Create my set Go!
5’’ to find my board Help me Go! 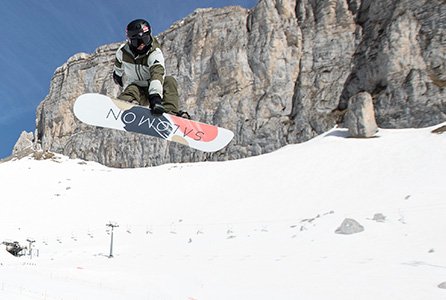 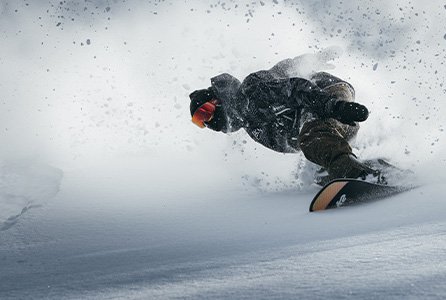 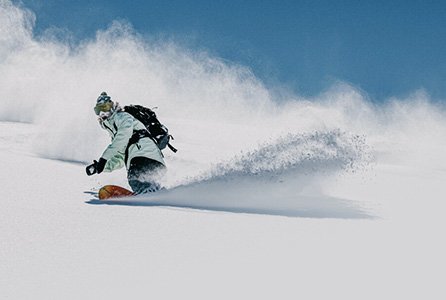 If you are looking for a snowboard, a new pair of snowboard bindings, a pair of snowboard boots or everything at the same time in a snowboard package, you will find it on our online store. You can also complete your setup with a snowboard helmet, some stylish snowboard goggles, some new snowboard gloves or mittens or any other snow-related accessory. Glisshop has not only one of the largest selections of snowboard products on Internet, but it is also renowned for the quality of its customer service and its unbeatable prices. But let’s get back to what really matters, snowboarding.

What is a snowboard?

A snowboard will get you down the snow hill and give you that incredible feel of freedom. A snowboard deck is pretty similar to a surfboard but it has no fin and your feet are attached to it with bindings. Glisshop is an online retailer dedicated to wintersports equipment and trust us, we know a lot about snowboarding. Our staff is made of passionate people who love everything about skiing, snowboarding, ski touring, nordic skiing and anything related to riding on snow.
We will guide you through your selection and purchase and we will answer to any question you have about snowboarding, from the very basics to the most technical ones. Wanna know what's a snowboard made of? The difference between a woodcore and a composite core? What are rockers, reverse cambers, nose and tail, extruded bases and so on? No worries, make yourself comfortable, grab a cup of coffee and have a quick read here, snowboarding will have no more secrets for you. And while you're here, why don't you check our snowboard buyer's guide. If you don't know how to choose your snowboard, it may be a good start and you'll probably answer to many of your questions. You'll get the basics to pick a board that complies with your needs.

Where does snowboard come from?

We won’t go through the entire history from Jake Burton to Shaun White or Mark McMorris, but here are a few highlights you want to know. Snowboarding is a sport that really kicked in in the 80/90’s. Back in the day, snowboards were super stiff with a traditional camber and hard bindings, they were closer to a wooden plank than anything else to be honest. No fluffy and mellow snowboard boots at the time either but ski boots that were as stiff as the board. Fortunately, things have changed, trends have evolved and so did snowboard shapes, cambers, profiles and materials. The sport progressed a lot and riders styles did too (which is a good thing one may say).

The evolution of snowboard

From that point, different styles appeared, freestyle being one of them. Winter X Games joined the game as a competition of extreme sports including snowboarding events such as superpipe, big air or boardercross. The Winter Olympics also welcomed the sport in 1998 in Nagano with 2 events: giant slalom and half-pipe. Note that the Olympics are now home for 5 different snowboard events including slopestyle.
Then freeride came in the spotlight, highlighted by the Freeride World Tour (FWT) which is basically the freeride worldcup. Vertical slopes, cliff jumps, huge gaps and aggressive slash turns are what you're gonna see if you happen to watch a run once. It is an off-piste competition. With the freeride growing attention, new products were developped such as splitboards (read our guide to splitboarding). In a few words, they are a snowboard that you can split in two skis to which you can attach climbing skins. They allow you to reach remote spots easily and surf your way down. They’re like magic!
This is a brief overview of the snowboard industry today. If you want to know more about the actual boards, their cambers, the bindings or the snowboard boots, you can find all information on glisshop.co.uk! 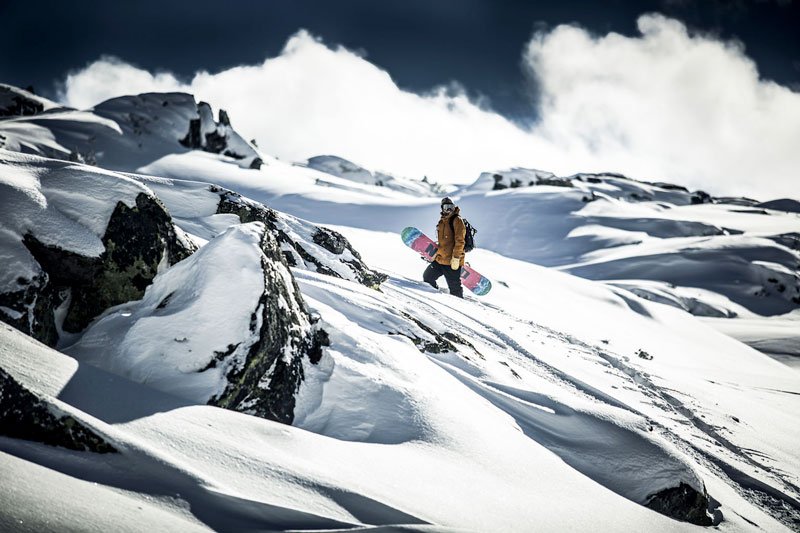