Why should you buy your touring skis on Glisshop?

We select the best brands and manufacturers and offer touring skis for all kinds of style: light touring, allround touring, freetouring. If you already own your touring bindings, then you're in the right place. Glisshop has a large selection of skis to match them. Feel free to contact us to make sure your bindings work with our skis: size, style, safety, brake width... Our knowledgeable staff will be happy to guide you through our range and help you narrow it down to what you really need. From the leading brands like Black Crows or Dynafit to smaller high-performance manufacturers like Zag, our touring skis match all tastes, skills and budgets. You can also discover our men touring skis and women touring skis.
93 items

The Salomon Mtn Explore 88 touring ski is perfect if you're looking for a lightweight model that's comfortable on ascents without losing performance on descents. A ski accessible to a wide range of skiers.

The touring ski Salomon MTN Explore 95 is aimed at freeriders looking for new spots that are accessible on touring skis. Look forward to a strong performance on your rides.

The Camox Freebird is a Black Crows freetouring ski with a power-to-weight ratio and volume that make it light on the climb and performant on the way down, whatever the type of snow.

The Dynastar M-Free 99 is a backcountry freestyle ski with an explosive temperament, capable of tracking in powder as well as on hard snow, while still retaining lots of manoeuvrability.

The Talkback 84 is a versatile touring ski developed by the American brand K2 for female skiers who like to get off the slopes and enjoy the wild landscapes and snow conditions.

The Rossignol Escaper W 87 Open ski touring accompanies the skier looking to start touring and progress at your own pace. A model that is enjoyable above all!

The Orb Freebird is a must-have ski at Black Crows and in the world of ski touring. With its redesigned shape, it is lighter, easier to handle and safer for the experienced skier.

The Ova Freebird from Black Crows is a versatile touring ski offering lightness and efficiency on the ascent, as well as good skiability on the descent in a variety of snow conditions.

The Wayback 88 is a light and balanced K2 touring ski for those explore the backcountry. Floaty, grippy, nimble, itâ€™s got everything you need for stepping up your tour game.

The Rossignol Escaper 87 Open ski touring is perfect for discovering touring with a very versatile model that is as accessible as it is light, so you can have fun in the mountains.

The Dynastar M-Vertical touring ski is perfect for a simple start to ski touring. It combines comfort and forgiveness with a good level of skiability during descents. 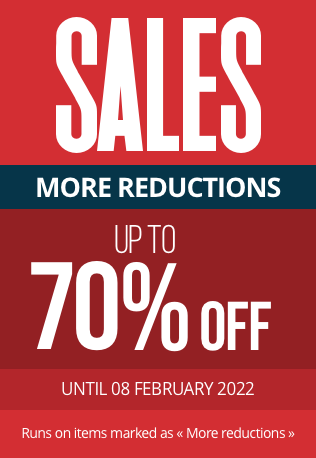 The Navis Freebird ski by Black Crows will bring you far off the pistes with its light construction designed for touring and its great aptitudes on the descent.

The Scott Superguide 88 Red is a very light, versatile touring ski that offers great skiability in a variety of conditions. A model that will follow serious hikers on a daily basis.

The Adret 88 Lady from the Chamonix brand Zag is an incredibly light and versatile women's touring ski thanks to a top-of-the-range construction using a carbon and kevlar reinforced wood core.

The Dynastar M-Vertical Pro Open touring ski accompanies regular tourers looking for as much performance during ascents as during descents. Very manoeuvrable and dynamic.

The Volkl Rise 80 ski touring guide accompanies beginners in the world of hiking. Equipped with a lightweight construction for ascents and an excellent accessibility for descents. Ready to explore new horizons?

Light and efficient on the mountain, but stable and easy to handle on the slopes, Zag Ubac 89 Lady touring skis will delight all mountain lovers! 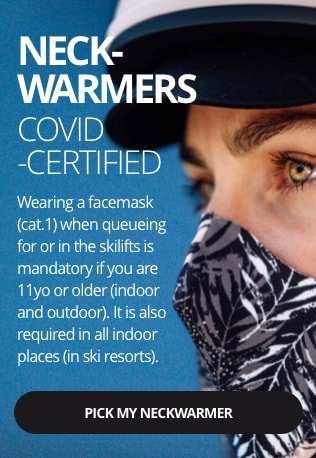 The women's ski touring Rossignol Escaper W 87 Nano Open is perfect to climb as easily as possible without losing skiability during descents.

The Backland 85 is a men's touring ski from Atomic, light weight for ascents, as well as a good level of skiability in a variety of conditions, from piste to small powder.

The Dynastar M-Tour 99 touring ski promises great freeride sessions thanks to its waist width and good rigidity. A model that remains light for easy ascents.

The ski touring Volkl Rise Above guides you through the still virgin slopes of the mountain thanks to its light and efficient construction. A ski versatile on and off-piste.

The Tracer 88 is a versatile ski with a touring orientation. Its dynamic construction and profile make it a great partner for those looking to get off the beaten path with a lightweight, high-performance ski.

And touring was born again

The oldest picture we have of a man on skis is….4000 years old, on paintings discovered in Norway. That turns skiing as we know it, with resorts, lifts, parks etc, into a very small part of what is called history and of what was originally designed to carry people on snow. Despite the young age of alpine skiing, the sport quickly replaced touring and turned it into an old-fashioned way of using skis.

Not trendy enough, perhaps too difficult as well as it requires a tough physical condition, touring was underestimated and sadly forgotten for years. But the eco-friendly debates rising and the environmental problems we have nowadays brought touring back in the game. Touring means protecting nature and the mountain. No lifts, no resorts, touring is for nature lovers who like it when there’s no noise and no people around.

There are different ways of touring :

The original way of skiing. Before descending, you need to climb and it is the favorite part of a tour for most skiers. Touring means be as one with nature. They need to know how it works (weather, conditions, type of snow, etc) and they mainly use an equipment that’s as light as possible on order to be able to tour for a few days in a row.

If touring is uphill-oriented, freetouring prefers the downhill. To get the best tracks on the untouched slopes, freeriders don’t mind climbing a bit. Be aggressive and charge hard when descending is the main goal which is why they focus on performance more than on lightweight.

This is only when you want to reach a close spot near the resort. Not very steep and not very long, this kind of ‘tour’ does not require any specific gear and skiers ride equally on groomed or soft snow. Discover our wide selection of Armada, Atomic, Black Crows, Black Diamond, Blizzard, Dynafit, Dynastar, Elan, Faction, Fischer, K2, Movement, Rossignol, Salomon, Scott, SkiTrab, Volkl, Zag touring skis without bindings!