Cross-country ski bindings use several systems that can be compliant or not with the ski boots you use. But it is sometimes difficult to understand what works with what when you are not familiar with the equipment. In order to help here is a little summary of the different systems you can find in the industry. It should help you pick the right boots and the right bindings.

The SNS norm is the oldest system that is still running. It is used by Salomon, One Way and Atomic brands (skating). The Pilot was released for Nagano Olympics in 1998. The idea was to provide more kick thanks to a second metal rod inserted under the boot. It is ideal for skiers who struggle bringing the ski back under the center of gravity. Moreover, this system offers added stability and guiding abilities to help beginners feel more secure.

The Salomon SNS Pilot are compliant with Salomon skating and classic boots that feature the Pilot sole shown above, the One Way skating and Classic boots and the Atomic skating boots.

First released in 2016, the Prolink norm by Salomon is compatible with any other boot brand (Fischer, Rossignol, Alpina, Mashus, Alfa, Atomic). However, if you own a pair of Salomon Pilot boots, they won't work with these bindings.
The Prolink standard was designed to allow everybody to choose from every boot, skis and bindings available. You can now mount Salomon boots on Rottefella NNN-normed bindings or Turnamic ones. You can also use Fischer boots on Salomon bindings which was impossible since January 1st, 2007.
This is a big step forward showing Salomon's investment into the nordic industry. It is a very good thing for skiers as it will increase their options and make the choice easier. Prolink bindings are compatible with Rossignol, Fischer, Alpina, Alfa, Atomic, Madshus and Salomon Prolink boots. 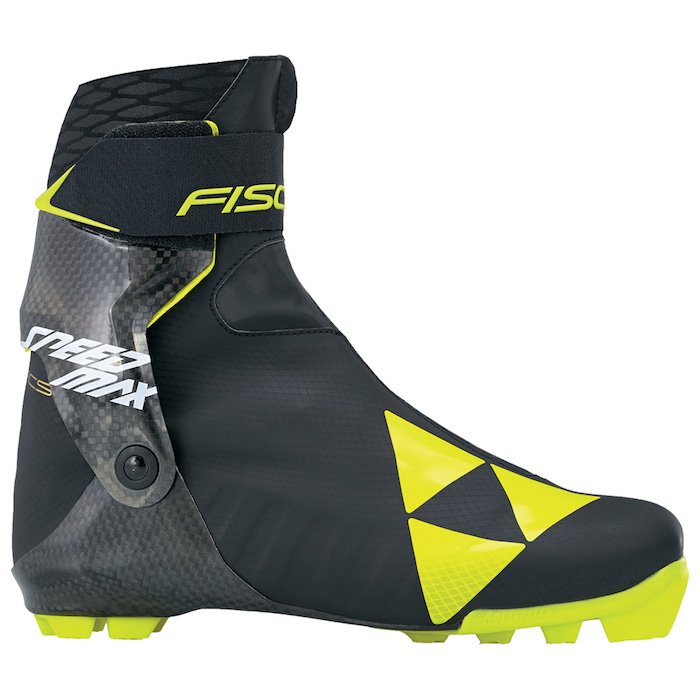 It was, until today, the system supported by most brands (Fischer, Rossignol, Alpina, Madshus and Alfa). This system has been around for a while but it really kicked in 2007 when Fischer began to use it.
The manufacturer Rottefella is also known for developping great nordic bindings. Its latest and most important innovation was the creation of the NIS plates avoiding the drilling of the skis.

Summary of compatibility between boots and bindings 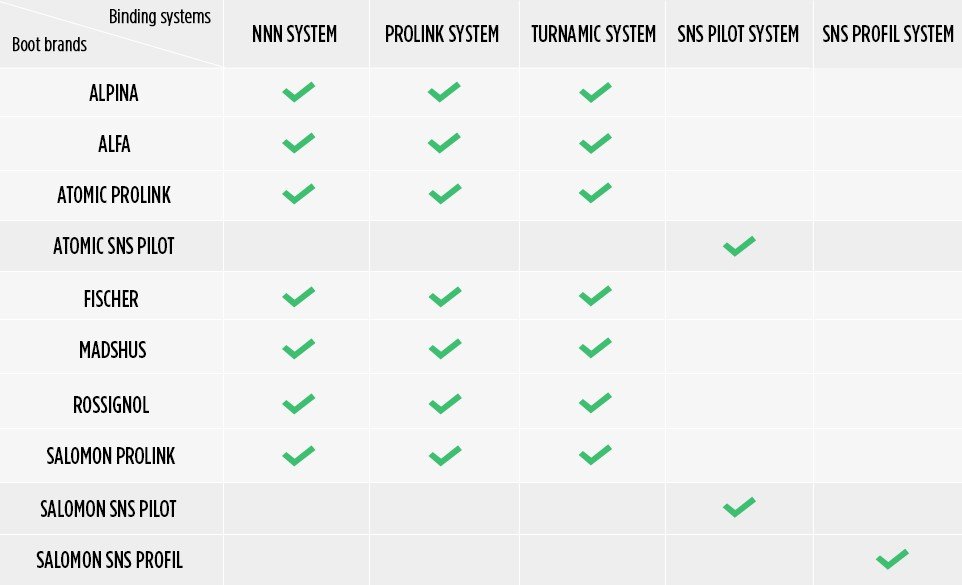