Piste, freestyle, performance or racing, all-mountain or touring, Dynastar skis cover all needs at Glisshop. We store for you a large range of Lange ski boots, but also boot and ski bags. And if you're not sure about which Dynastar ski you need, give us a ring, our staff will help you pick the right one.
Read more Show less 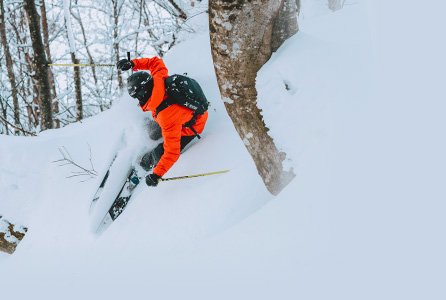 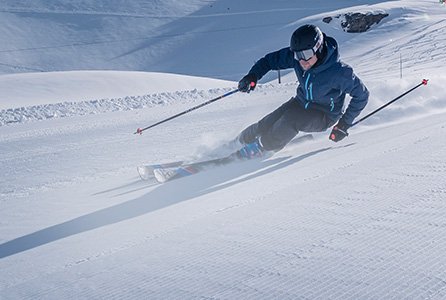 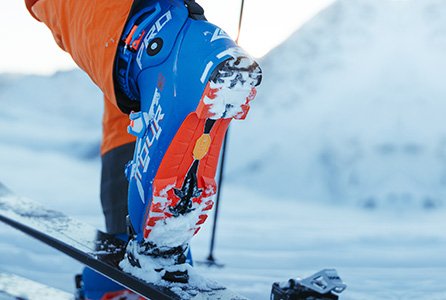 The successful story of Dynastar Lange

Sallanches, France, 1963: two local manufacturers decide to join forces to produce a revolutionary modern ski: the Compound. And hence the Dynastar trademark is created. It is a logical contraction of Dynamic and Starflex Skis, the name of the two founding companies.

3 years later it was consecrated at the 1966 world championships in Portillo in Chile when Marielle Goitschel and Guy Perillat won several world titles and many silver medals. Dynastar's flagship ski was the MV2 ski, an all-aluminium ski with a reinforcement plate on the top and phenol sidewalls. Why MV2? Simply as recognition of the famous classic mechanics formula: force equals Mass multiplied by Velocity squared. Dynastar was thus propelled to the front of the stage and began to attract the most prestigious investors like Laurent Boix-Vives, then director of Rossignol, who in 1967 simply bought the brand.

The Sallanches plant then produced more than 100,000 pairs of skis for Europe. The time came for the Dynastar brand to embark on an assault of the gigantic American market. Little by little Dynastar imposed itself at a worldwide level, increasing its annual production by 10 to 15%, reaching its peak of production at the end of the 80s with no less than 530,000 pairs of skis gliding out of the factory with a turnover of more than 41 million Euros. Dynastar teamed up with leading ski footwear brand, Lange Ski Boots. The legendary ski models followed one after another, such as the Omeglass slalom ski in 1975 (light ski thanks to the use of acrylic foam which allowed Henri Duvillard to win numerous medals), then the Omesoft ski in 1978 which was a resounding success in the United States, and of course the fabulous Course Doré ski in 1984. The latter included technologies that were simply revolutionary at the time, such as a device for absorbing vibrations in the tip: the famous Contact System. The Course Doré ski went on to demonstrate its range of capabilities under the feet of international athletes such as Paoleta Magoni and Debbie Armstrong who won a gold medal at the Sarajevo Olympic Games in Slalom and Giant Slalom. The Dynastar Course Doré ski brought a bronze medal for Didier Bouvet in Slalom.

The Dynastar trademark definitely made its mark during the Olympic Games of Albertville in 1992 and those of Lillehammer barely two years later by amassing more Olympic medals than any competing brand.

For example, Edgar Grospiron's incredible performance in cross-country skiing made him first Olympic champion in the discipline, thanks to his Dynastar Assault ski. The Dynastar Assault ski went on to sell over 100,000 units over more than 10 seasons. And what can be said about the Dynastar Course ski, a ski perfected to pulverise records during downhill events seen on the piste in 1992 and 1996.

Then came the sensational arrival of parabolic skis in 1996. Dynastar launched into making the most of this new trend and benefitted from its outstanding research and development teams to develop the Max Cut ski in just a few months: a ski that was more fun and accessible than ever before, aimed at fun and recreation on the slopes.

Dynastar was once again in tune with the mood of the skiing world in 1998 with its 4x4 ski, a freeride ski that boosted the powder prowess of skilled freeriders like Jeremy Nobis and Arno Adam!

In early 2000, Dynastar unveiled its new line of skis designed exclusively for women. Lighter and more manageable, the Dynastar women's skis in the Exclusive series included new technologies dedicated to the female form which made the glide even more fun.

2000 also saw the explosion of the off-piste freeride ski and the opportunity for Dynastar to impose itself in this field thanks to its pro rider Aurélien Ducroz who won several prestigious titles in Verbier in Switzerland and in Chamonix, then two world championships in 2009 and 2011.

And how can we talk about Dynastar without mentioning the incredible Pierra Menta Carbon ski, designed exclusively to win all alpine ski races. From 2012 this ski was even offered in a version with tip rocker making for an even swifter descent! All the biggest sportsmen such as Florent Perrier and Kilian Jornet were able to expand their trophy cabinets thanks to this revolutionary Dynastar ski.

More recently, Dynastar was once again in the limelight at the Sochi 2014 Olympics and the downhill event when Dominique Gisin climbed to the top of the podium on 12 February, or when Jean-Frédéric Chapuis and Arnaud Bovolenta won gold and bronze respectively in the skicross event.

The Dynastar legend is now perpetuated through the incomparable CHAM and other PowerTrack skis, and the new Dynastar Speed Zone skis as well as through new technologies such as the PowerDrive that brings ever more fluidity and comfort to skiing.

Come discover our Dynastar skis with bindings and Dynastar climbing skins selection in our shop!