The Faction skis, the best sticks for freeskiing? That’s the objective indeed! The Faction Collective story began in 2006 in Verbier with a small group of passionate skiers who dreamed of freedom and wanted to offer a different vision from what the big names of the ski industry could offer. After starting with fat skis for powder and park, the brand now covers all the needs of freeskiers with iconic models such as the Dictator 3.0 for freetouring or the Prodigy for freestyle. In other words, it’s a brand created by freeskiers for freeskiers! 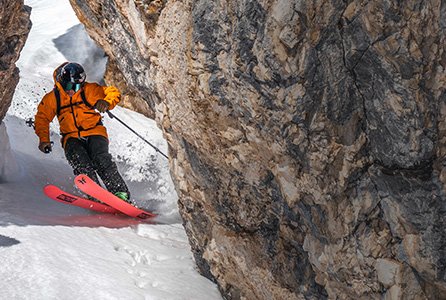 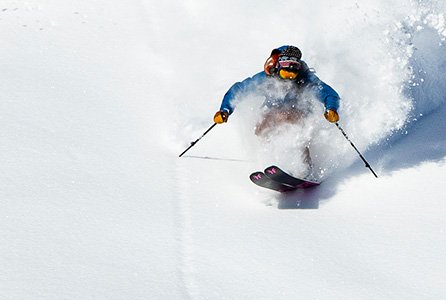 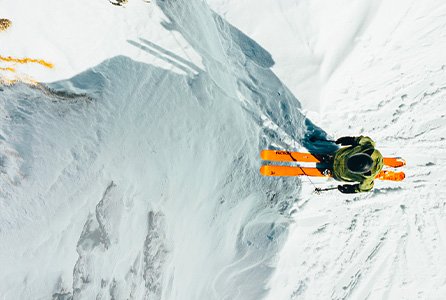 The Faction Collective: "nothing but fat twins, handmade in the Austrian Alps."

Faction Skis was born in 2006 in the Swiss Alps and more precisely in Verbier, a freeride hot spot where the final stage of the Freeride World Tour takes place every year, on the north face of the Bec des Rosses for the famous Xtreme de Verbier. And what better place to launch a freeski brand whose objective is to create high-quality skis for freeride, freestyle et All-Mountain?

Back to the mid-2000's then. Snowboard is taking over the winter sports world with its wild and rebel culture inspired by skate and surf. Definitely cool, the snowboard companies are young and share a deep bond with their customers. On the opposite, the ski industry is ageing, often elitist, and dominated by big brands who lost contact with the mountain. That was the feeling of a small band of passionate and resourceful skiers who started to experiment with new ideas in one of the best freeride spots in the world, the Verbier.

In 2006, this small group of outcast riders went against the current and followed their own path, creating tools of escape in a world dominated by the big brands. Faction was born.

A range that’s getting bigger by the day

The Faction Collective sets the tone from the get-go in a first catalogue for the 2008-2009 winter. The collective expresses its desire to ‘create the most performant freestyle and freeride skis out there – designed, tested, and manufactured by skiers, for skiers’ and to ‘build a company that follows its own ideals and work ethic’. At the time, 5 models were available: the Wednesday, the Heroine, The 3.Zero, Royale and the Thirteen. Nothing but fat twins, for the park and the pow!

The arrival of the French freeski legend

If there’s a date that marked the Faction Collective, it must be the 26th of January 2012 when Candide Thovex joined the team. Candide "AIR" Thovex, alias Candide Thove'xtraterreste or the Flying Frenchman was already a freeski superstar and probably the best freeskier in history. In 1999, when he was only 16 years old, Candide finished 4th of the X Games’ Big Air for his first participation. A few days later, its popularity went off the scale when he launched a D-Spin 720 over the terrifying ‘Chad's Gap’, a 36-meter long and 12-meter deep ravine. What followed is just as crazy since, in addition to his many out-of-competition achievements, Candide is the only rider to have won in all the X Games disciplines (Big Air, Halfpipe, and Slopestyle) and the Freeride World Tour (at the first attempt of course!).

So when Candide joined Faction, it was not to show off! The skier’s pro-models – the CT-Series – came soon after and became an institution over the winters. The Faction Candide 2.0 and the Faction Candide 3.0 skis are declined in 102 and 108mm versions and loved for their incredible versatility. As for Candide himself, his technical finesse is only equalled by the width of his skis. He has now abandoned the ‘narrow’ Faction Candide 2.0 to adopt the 122mm 5.0 version, more suited to his style and lines.

The Collective and the authenticity above all

Nowadays, the Faction Collective is one of the most important Freeski companies in the world and several world-class athletes are part of the team. From Candide Thovex to Johnny Collinson without forgetting Kelly Sildaru and her young brother Henry, Devin Logan or Elisabeth Gerritzen, the Collective can count on several high-profile daredevils to develop its sticks! Winter after winter, skiers, artists, directors, engineers and other partners have expanded the family and helped to perfect them. The motivation and authenticity of The Faction Collective is still as strong as ever.