The austrian ski manufacturer Atomic was founded in 1955 by Alois Rohrmoser who was making about 40 pairs of skis a year. 10 years later, industrial production is running and Atomic gets bigger and bigger. The brand offers reliable and innovative skiing gear. In 1989, Atomic has a complete range of products including skis, bindings, ski boots and poles. In 2013, 1.6 million pairs of skis come out Atomic factories making Atomic Ski a leading manufacturer.
Read more Show less 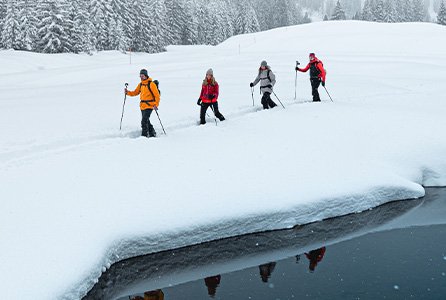 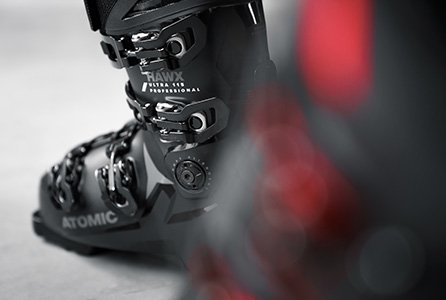 Boots
THAT FIT
Get equipped 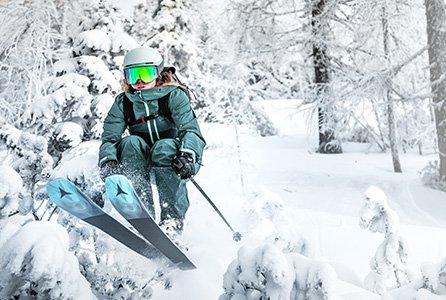 The incredible history of Atomic

The history of Atomic is the story of a "small" austrian brand founded in 1955 by Alois Rohrmoser. At that time, the brand produced 40 pairs of skis a year. Quickly enough, production went up to 5,000 pairs a year in the early 60’s. In 1969, less than 15 years after launch, Atomic reaches 72,000 pairs of skis manufactured every year.

The brand managed to build itself a strong reputation in the alpine skiing industry thanks to the many athletes it sponsored. Olga Pall, Annemarie Moser-Pröl, Bill Johnson, Marc Girardelli, Hermann Maier or more recently Mikaela Shiffrin and Marcel Hirscher, all of them have won Olympic medals or World Cups with Atomic skis on their feet.

The brand grows bigger in 1975 and starts making nordic skis. In 1984, during Sarajevo’s Winter Olympics, the Red Sled or Die Rote Rennmaschine ridden by Bill Johnson wins an unexpected gold medal and gives a good shake to a well-established industry.

Inspired from snowboarding, the first powder-specific ski comes to life in 1988 thanks to Rupert Huber. The ski is named Magic Powder and features a waist of 115mm.

In 1994, Atomic is sold to a finnish group named Amer Sports, they also own Salomon, Wilson, Volant, Precor and Suunto.

In 2007, Atomic releases the Hawx ski boot on the market. Up to this day, this boot remains Atomic best-seller and won the prestigious ISPO design award.

In 2008, pro skier Chris Benchetler enters the team and his signature ski, the Bent Chetler released in 2008, is the beginning of a new era: freeskiing. During the 2010 X-Games, Atomic freeski team returns with 6 medals.

In 2013, becomes the biggest ski manufacturer with 1.6 million skis a year.

Eventually, the brand enters the last market it didn’t have yet, clothing, and releases its first collection of ski clothing in 2014.

Atomic is known and renowned for their brilliant innovations. One of the latest ones is the Servotec technology. It is a thin metallic bar placed on the top of the ski and connected to an elastomer placed under the binding. It works like a power-assisting system and provides added stability, control and damping. Atomic Race skis named the Redster series feature this technology and so do Atomic Cloud skis.

Atomic ski boots also have their own techs like the patented Memory Fit which is one of the fastest heatmolding technology available on the market. In a few minutes, these boots offer a unique fit, perfectly adapted to your feet.